Guarantors of the Bras spirit and its values, the director of the Halle aux Grains and the Chef de Cuisine have long deployed their talents at the Suquet restaurant in Laguiole, as have some of the sixty or so women and men who make up the team.

About sixty people make up the team of the Halle aux grains who work to welcome the guests.

Men & women, in the kitchen, in the dining room, at the reception desk, or in management. They carry out with talent all the jobs in the restaurant business, perhaps here with a hint of a South-Western accent that often betrays an Aveyron origin, or a stint at the Suquet, the gastronomic restaurant of the Bras family, where some of them have acquired this Bras spirit that they are ready to spread to others, always with generosity and enthusiasm.

Managing the Halle aux Grains means first and foremost being the guarantor of the Bras spirit and its values of humanity, generosity and sincerity," insists Mathieu Muratet, the restaurant's director. No one knows this better than he who, after studying hotel and restaurant management, has climbed the ladder from clerk to maître d'hôtel in the Laguiole restaurant. He has kept this sense of detail and this insatiable curiosity of Michel Bras. He blossomed in contact with Sébastien Bras who trusted his sense of responsibility. It certainly took a lot of responsibility to work with the Bras family on an exciting project that kept him on the edge of his seat for nearly three years. The Aveyron native met with architects, builders, designers, graphic artists, stylists, weavers, ceramists, producers, and artisans from all walks of life, all of which delighted the man who almost embraced a creative career. At the head of a team of about sixty people, his unstoppable sense of organization will help him to lead this beautiful ensemble with the main satisfaction of watching the guests delight in everything that has been meticulously assembled to honor the Bras signature.

For the third time in the already long and experienced professional life of a young man born in 1993, Maxime Vergely will join the Bras family, this time as head of the kitchens. Around this solid and rigorous worker, more than a brigade of about thirty people, a team, which he carefully composed around some pillars, that the rugby player met during his passages in the restaurant of Suquet in Laguiole. Seduced by the human side developed there, he has kept from those times the impression of having entered a family, that of the Bras KC, this association which welds together all the staff and the former members of the house. He intends to continue to cultivate these values, to constantly transmit, exchange and learn from each other and from others. Son of farmers and breeders, the Lozerian, not surprisingly, has always had this sense of the product, its origin, its taste, its season. "It's not the chef who dictates the recipe to the product, but the opposite" he likes to repeat, recalling that he has always loved to shape this cuisine of the Bras where the menu is also written by the pickings in the garden and the mood of the market. Pleased with this new Parisian adventure, he is happy to have more work to do. 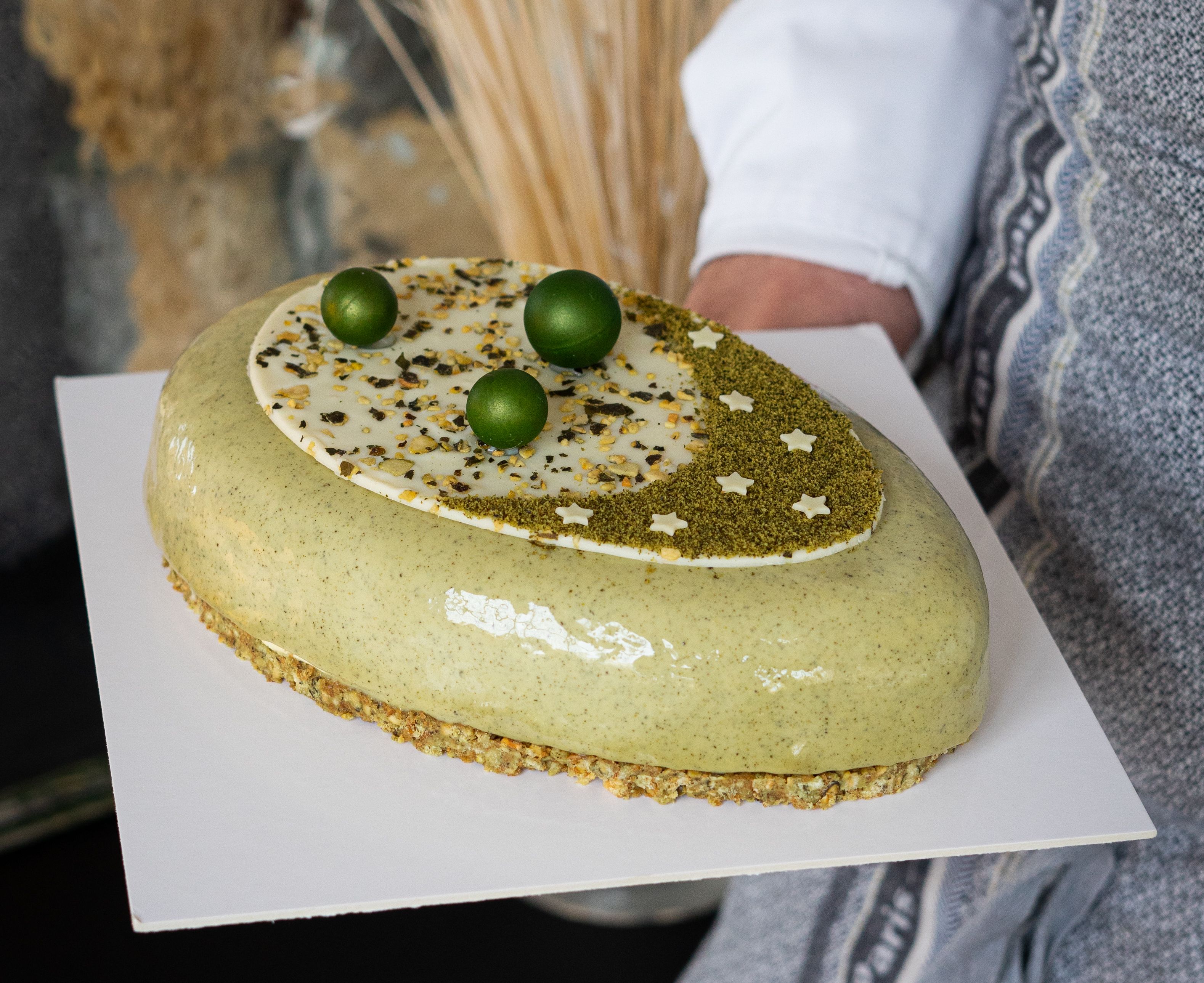 all dressed in green,
a pumpkin seed to crunch